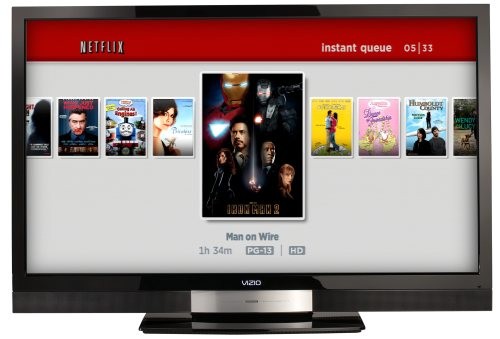 I can remember as a teenager renting from all these video stores and taking weeks to turn a movie back in. What happened then? Late fees! Of course as a teen I never actually paid the late fees, no, I left that for my dad to do. Needless to say we did not hold accounts long with these companies because he was tired of paying so much money for one movie.

When my husband and I got married I reverted to going to these $1 kiosks to rent movies over night, I did better returning them because, well let’s face it, it was my own money at that point! But it was always such a hassle to run to the store as soon as I got off work to return the DVD on time.

Soon after, we discovered Netflix and have never looked back! In fact we went two years in our new house just using Netflix streaming for entertainment since we didn’t have Satellite or Cable at the time and didn’t really want to pay for it. Even now that we have satellite again (hubby wants his sports and History channel) Netflix is still our go to!

You can live stream from your game console, Roku device, blu-ray player, phone, tablet, computer, etc etc etc. And the live streaming is ONLY $7.99 a month and you can watch it pretty much anywhere! That alone is worth it to me when I have to be at an appt. or waiting somewhere.. I just turn on Netflix from  my phone to pass the time 😉

We are now Netflix users for 5 years and still love it. While you can get packages with the DVDs we were never one to return them on time… they typically sat at our house for weeks on end which defeated the purpose for us since we weren’t making full use out of it. I’ve even converted some friends and family who are now addicted to Netflix and only use them to stream shows and movies, they cut off their cable bills soon after switching over. 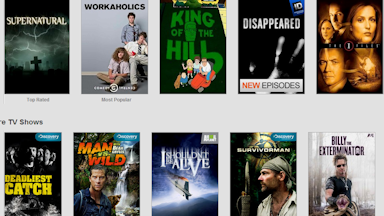 We’ve even found tons of shows on there we had never seen before and I can’t tell you how awesome it is to be able to watch a full season in a week (you get addicted) rather than being left hanging each week! One of our favorites we ran across was Jericho, a show we fell in love with!

So if you’re looking for a decent alternative to cable Netflix is def. the cheap way to go! The TV shows typically appear after the season has ended and the new one begins, so if it’s season 5 on TV you will see the latest season 4 on Netflix. It takes some getting used to not being on top of the game but at the price it’s really worth it. And if you have kids that alone makes it worth it 😉 Chloe will def. be able to enjoy hours of Barney, Yo Gabba Gabba or whatever other weird kid show is popular at the time haha

You can sign up for a free trial here, if you don’t like it simply cancel before it’s over! But I promise… you will love it and end up subscribing for years to come 😉